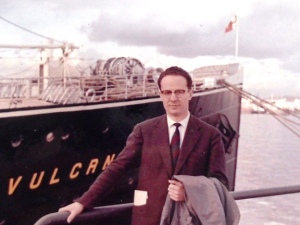 Nikoll was 17 years old when, together with other family members, women and children, was interned in the camp at Berat. After the camp in Berat he was transferred to other forced labor camps in Albania. He was in the: Uznoves camp, in the district of Berat; Kucova; Shjakut; Valias and subsequently in the infamous Tepelena camp and then to Turan, in the Gramsh district of Elbasan. He worked on 800 grams of bread a day, lived in appalling conditions and inhumane torture.

In April 1945 the family of the Kapidan of Mirdita was arrested and held in the house of Guljeme Luka in Shkodra. This house was directly across the street of the home of Gjon Markagjoni, their family home, which was confiscated and turned into the central command of State Security. The house of Guljeme Luka was a turned into a real prison with surrounding walls and police guards. From there, in June 1945, together with other families gathered from villages deep in the North, they were interned at the camp in Berat.

In May 1949 Nikoll with 9 friends from Dibra escaped from Camp Turan and after a struggle with the security forces, where three were captured, the six friends headed for the border and entered Yugoslavia on to the Macedonia side. Yugoslavian UDB chief, Mustafa Leshi, from Great Diber, a relative of Haxhi Leshi, waved them through the Yugoslav police and tried to return them to Albanian forces, but fortunately they did not surrender to the Albanian forces at the border. Following a clandestine stay with friends of his friends from Dibra, Nikoll, with his friends, returned to the border and crossed it, finally being accepted as political refugees in Yugoslavia. The second time it was a Macedonian UDB Chief who let them in. Among the friends who fled with Nikoll were Abdullah Kaloshi, Jonuz Ndreu and Xhelal Dine, who live in New York. Nikoll stayed seven years in Yugoslavia where he enjoyed the respect of the nationalist Albanian immigrants, who were aware of the sacrifices his household had suffered under the communist regime. In November 1956, he was allowed to cross into Italy and joined his father, Gjon Marka Gjoni and brother Ndue Gjomarku.

Nikoll returned to Albania after the fall of Communism in 1994 and was reunited with his other surviving brother Dede and sisters Marta and Bardha along with his newphew Gjon Mark Gjomarkaj and nieces Kristina and Celestina Markagjoni, all of whom he left behind after his brave escape. He reunited with them at their family home in Shkoder.

Sadly Nikoll passed away suddenly on May 15, 2018 at his home in New York. He is survived by his wife three children; Mark, Alex and Anna Maria and one grand-daughter. 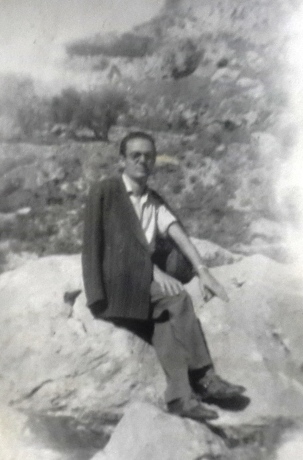 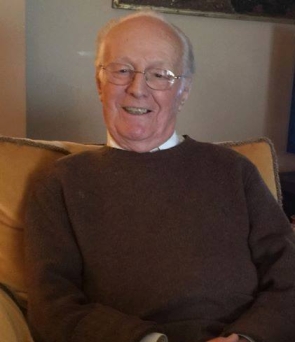